We are on your side 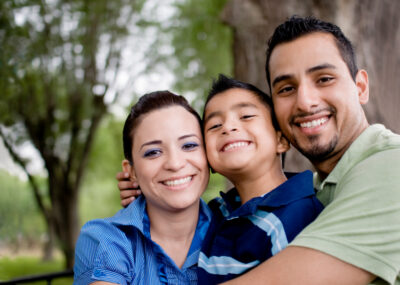 Luckenbill Law Group successfully negotiated a settlement for their forty-year-old client of more than $300,000.00 for injuries she suffered as a result of a collision, which the insurance company deemed only “a low impact collision.”

Luckenbill Law Group has successfully represented hundreds of automobile and trucking accident victims, including a 31 year old police officer who, while on-duty, sustained catastrophic injuries which left him permanently disabled. The firm secured well over $1,000,000 for the officer so that he could continue to care for his young family despite his devas-tating injuries.

Luckenbill Law Group obtained $2,450,000 for an 83 year old man who suffered a brain injury and fractured neck while he was a passenger in a pick-up truck involved in a two vehicle crash at an intersection controlled by a traffic light. Both drivers claimed that they had the green light. Following the collision, the man was unable to return home to his wife of 61 years or care for himself. After three days of trial, the driver of the pick-up truck, his employer, the owner of the truck and the driver of the other car involved in the collision all contributed to the amount paid.

Luckenbill Law Group also successfully represented its client when the insurance company appealed the verdict to the Pennsylvania Superior Court.

Luckenbill Law Group obtained a settlement of more than $1,200,000 for a Dickson City man after he received multiple injuries stemming from a motorcycle collision. The collision left the Dickson City man with fractures to his shoulder, hip and both wrists. While the client made a good recovery and was able to continue to work, the monies obtained on his behalf will protect his family’s financial future since he is not expected to be able to continue to work until retirement age.

Luckenbill Law Group obtained a verdict against a tavern for failing to provide for the safety of its patrons which resulted in tragic injuries to a young woman. The bar owners allowed the bar to become so overcrowded that they could not properly monitor the patrons. As a result, a patron negligently ignited a cigarette lighter which set the young woman’s clothing afire, causing her to suffer third degree burns over 33% of her body.

A contractor sustained a brain injury and injuries when his pick up truck was rear ended by a nationally known package delivery truck. The package delivery company knowingly allowed its delivery truck on the road with bald tires, a faulty brake system and an expired vehicle inspection. Luckenbill Law Group made the company pay $4,750,000 to the injured contractor so he can support himself and his family and be able to continue to seek necessary treatment to rehabilitate himself.

The firm represented a 61-year-old appliance repairman who, after 35 years of service, was looking forward to an active retirement. That all changed when he hit his face on the steering wheel in a car crash, causing him to suffer continuing jaw pain. With the help of the lawyers at Luckenbill Law Group, he was awarded more than $500,000 in compensatory damages.

When a lifelong car mechanic was unable to return to the same work after suffering a neck injury in a car accident, Luckenbill Law Group fought for and obtained an award of $450,000 as compensation for his pain and suffering.

The attorneys of Luckenbill Law Group have been successful in obtaining settlements and verdicts for their clients in cases involving the following insurance companies:

Don’t leave it to chance, Luckenbill Law Group will fight the insurance companies and get you the justice you deserve.